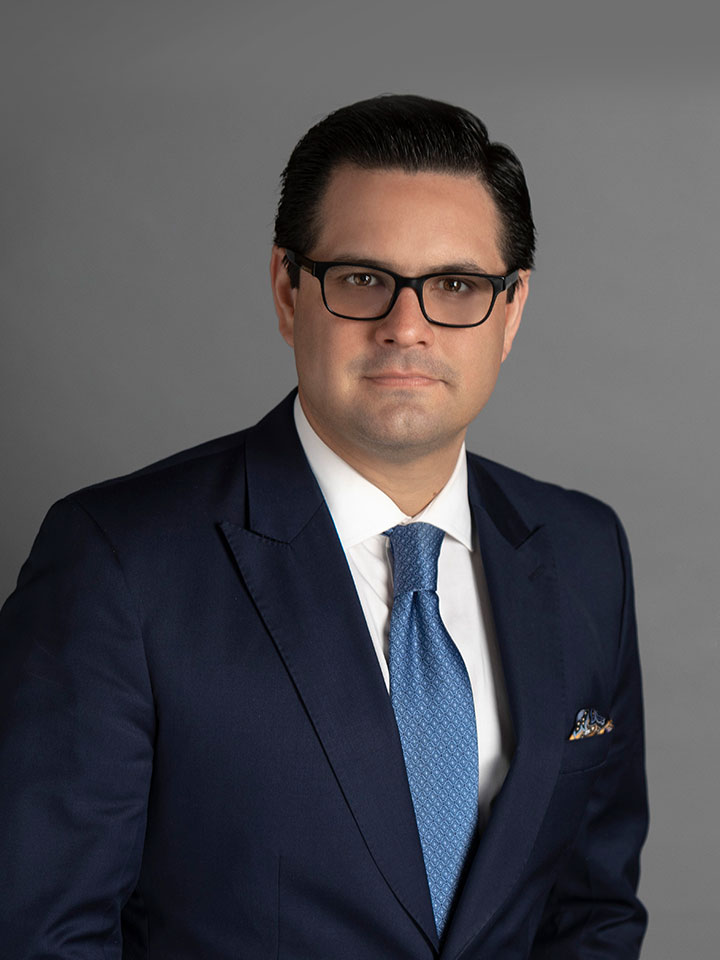 In the practice of litigation, Roberto Carmigniani has experience in sponsoring complex causes in civil, commercial, administrative judiciary and constitutional matters, as well as in designing litigation strategies and dispute resolution. In arbitration, he participates in the sponsorship of domestic arbitrations.

Roberto successfully led a media contestation to sanctions imposed by the Superintendence of Information and Communication; he was also part of the team that succeeded in causing a US $80,000,000-fine to be left without effect, in favor of a multinational telecommunications company that was fined by the competent authority. He also participated in the team that achieved the annulment of a US $140,000,000-fine imposed by the competent authority on a multinational telecommunications company, for the alleged abuse of its dominant position.

Likewise, he was part of the team of lawyers that defended a multinational cement group in a dispute with several municipalities, on the issue of the collection of an inadmissible 1.5×1000 tax on total assets. He is currently representing this same group in a constitutional dispute with a group of retirees.

In constitutional matters, Roberto was part of the team that successfully claimed the unconstitutionality of municipal ordinances related to disproportionate fees for the use of airspace for telecommunications infrastructure, as well as to the collection proceedings of said fees by various municipalities for several clients.